The Roaming Gloam is based on the notion of time as place, and the particular space within time that the painting depicts is situated in-between day and night. As we move in and out of this place within time as it roams around the spinning world it becomes a fleeting space of familiarity that we continually return to. Within twilight is the inherent sense of change, or becoming- from one state to another and this is echoed within the painting. A thick and dark wood that breaks into a sudden clearing forms a gateway between light and dark that the viewer then stands at the threshold of and is encouraged to dwell within, contemplating the fractured landscape before them.

The line of the dyptich that seperates the two halves is a literal in-between, the ambiguous Now, between the light side of twilight and the dark. It breaks the illusion of the window into the gloaming and complicates the suspension of disbelief. The work stands again between one thing and another, between window and object. Perhaps it is more like a mirror, creating a mise en abyme through perception, memory and imagination. 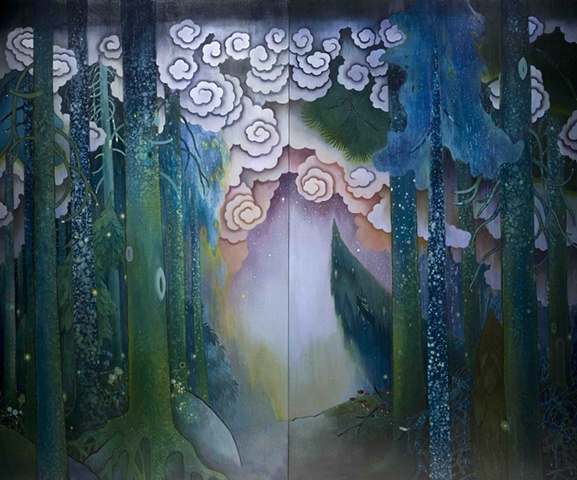 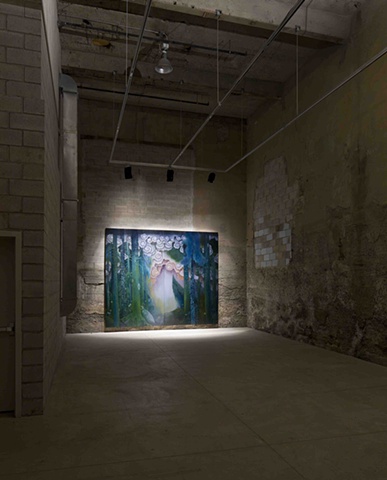