Projects > The Phenomenology of Dusk

The Phenomenology of Dusk is the study of the phenomena that is illuminated by a waning light in the gathering darkness, encouraging the imagination to form the visible from the invisible. It is the intersection between light and dark, the known and the unknown, the conscious and the subconscious. It is an exploration into how we interpret and experience the transformation between the tangible and the intangible through a physiological attunement with the rhythm of nature. As the shadows grow longer, they twist and turn within the mind and the inanimate becomes animate, made mutable by an imagination born of memory and the experience of the landscape.

An environment once familiar flattens into silhouette, transforming into shape and form creating a landscape of gestalt. It is a manifested landscape that is at once an echo of the outer and a reflection of the inner. It is a metaphysical delving into the psyche, equally shrouded in darkness yet glimpsed with the illumination of insight and intuition. The Phenomenology of Dusk is an inquiry into the tacit experience of this time and an interpretation of the intermediary; the nebulous state of the unfixed. The examination of this place and state within time is manifested through the depiction of the different phenomena that occur in the landscape during twilight. Each phenomenon is explored and interpreted via the psyche, blurring the line between the phenomenology of nature and the nature of being.

Hypnagogia is located within the landscape of this time, and it is a place of transformation and illusion. It is the state between wake and sleep where dreams invade the conscious mind, creating physiological hallucinations. The butterflies and moths symbolize this intermingling of day and night, the conscious/subconscious state of being as the flora comes alive through gestalt in a perceptual attempt to find order within the subjective.

As one drifts over into the state of the subconscious, we continue the landscape as a construct within our dreams, as if we could not exist without a sense of place. Oneiric Perception is the manifestation of the three Grecian gods of dreaming. According to Greek mythology, Morpheus, who manifests as people, Phantasmus, who manifests as flora, and Phobetor, who manifests as fauna, create our dreams. They are born of Erebus (Darkness) and Nyx (Night) and are thus emerging out of the inky black depths of the unknown that the dark and night represent.

Abussos is the abyss, the Sublime. It is a confrontation with the unexpected meant to trigger a loss of self within the infinite, yet at the same time places one back into the context of being an integral part of nature. It is an exploration of the idea that we are nature’s means of perceiving itself, as mirrors reflecting each other at infinite angles creating a mise en abyme, it is a self awareness that makes no distinction between the subjective and objective as part of perceptual experience. Rick Leong 2012 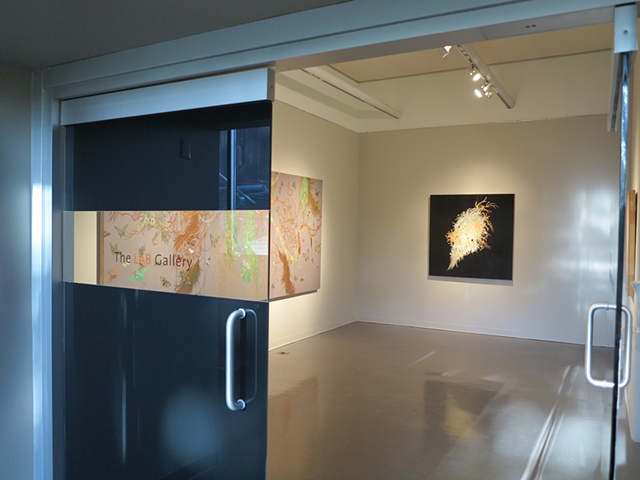 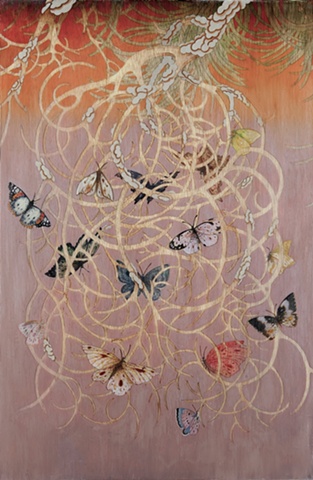 The Transformation of Things
mixed media on panel
3' x 2' 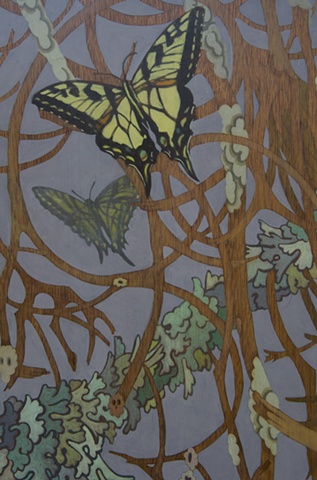 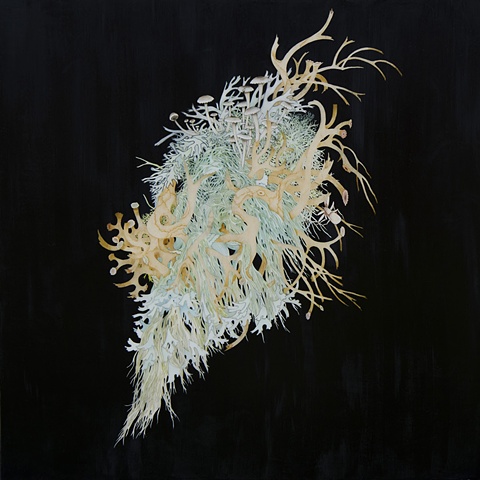 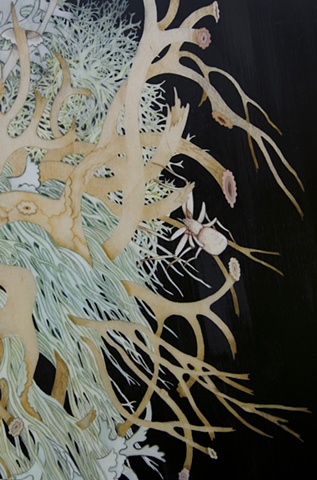 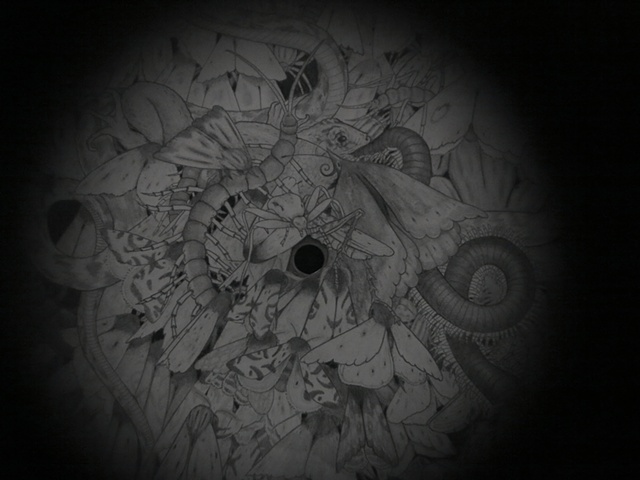 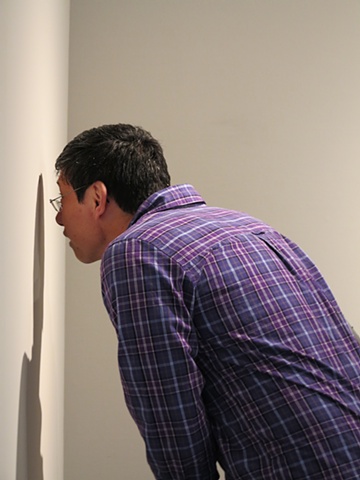 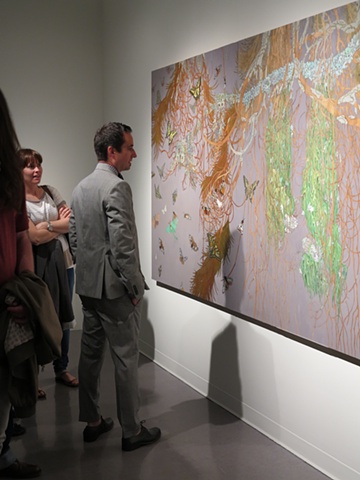 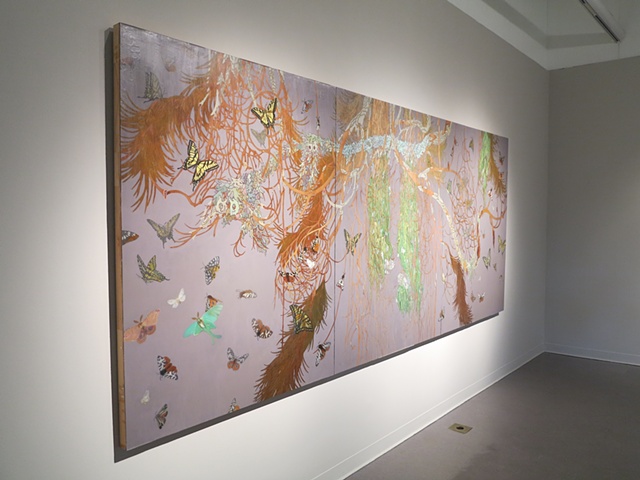